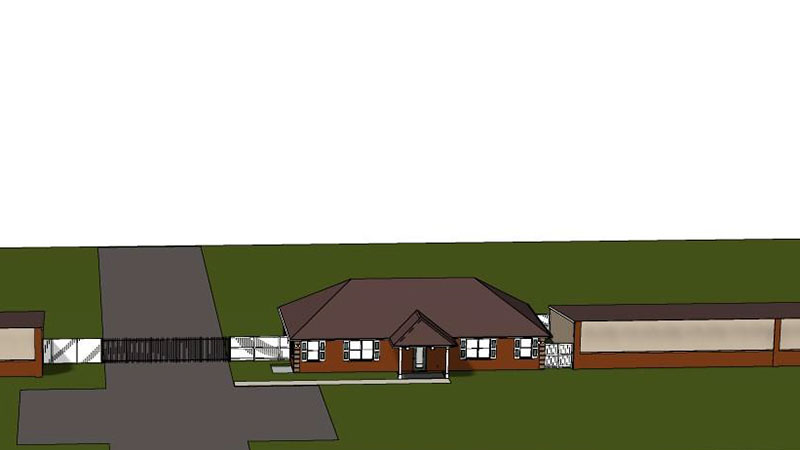 Another self-storage establishment on the Isle of Wight? -Smithfield Times

The Isle of Wight County Planning Commission has postponed a vote on a zoning change that would allow a 120,000 square foot self-service storage facility along Carrollton Boulevard.

WC Sawyer, owner of Sawco Self Storage, filed in March for a conditional general commercial rezoning of the 8-acre property for the proposed 468 units and 64 additional parking spaces for RV and commercial vehicle storage.

The property, located just over half a mile southeast of Sawco Self Storage’s existing facility on Carrollton Boulevard, had previously been rezoned in 2009 under the ownership of a former developer who had proposed to the era of building retail and office space on the site. According to Amy Ring, the county’s director of community development, the original terms proposed by the previous developer included a ban on mini-warehouses or self-storage units.

A conceptual rendering shows a brick fence protecting much of the site from views of the highway. The current concept plan calls for a single right-hand and right-hand entrance instead of the turn lane improvements proposed in 2009 due to the estimated reduction in traffic from the then proposed office complex. Sawyer also proposed to create a multi-use path on the front of the plot.

Beverly Walkup, who retired as the county’s director of planning and zoning in 2016, spoke at the May 24 meeting public hearing on the issue in support of Sawyer, as did Sam Cratch and Sherry Vincent.

“I think this will be a great improvement for the county and for Highway 17,” said Vincent, who runs the State Farm insurance office adjacent to the proposed site.

Commissioner Thomas Distefano, however, questioned whether “market saturation” was a problem. Ring noted that there are seven other self-service storage facilities in the northern county of the Isle of Wight.

“Does our current market provide a demand signal that would justify opening another storage location in the county? Distefano asked.

Walkup responded that Sawyer’s existing installation was “running out of space”. The proposed facility would serve as a second site.

“Mr. Sawyer wouldn’t make this investment if he didn’t feel the need was there,” Walkup said.

When it comes to RV storage, “there’s a need there,” Walkup said, noting county ordinances that in some cases prohibit residents from keeping RVs permanently parked at home. them. The site, she said, would not only serve motorhome owners, but also drivers of commercial vehicles with no place to store them.

Commissioner Thomas Duerig said he had stored his RV at the existing Sawco site and could attest to demand, at least for RV parking.

“I know he’s sold out,” Duerig said. “There are very few free places as far as I know.”

DiStefano still pushed Sawyer to come back next month with data that might show a need in the county for the proposed facility, and decided to file the matter until then. His motion carried 4-2. Commissioner Bobby Bowser and Chair Brian Carroll cast dissenting votes.

The Ultimate Guide to Auto Insurance with Progressive SR-2