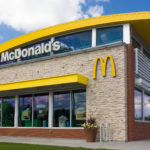 A Georgia man who claimed to have found a hair in his McDonald’s burger has now been charged with insurance fraud.

Ronnie Bernard Truesdale, 41, of Raleigh, was arrested this week after authorities determined he manipulated an image in his claim with Zurich North America, an insurer of McDonald’s restaurants, said the insurance commissioner of North Carolina, Mike Causey, in a newsletter.

Truesdale claimed the hair made him nauseous and he sought medical attention. His claim was for $ 1,596 in medical costs and for pain and suffering. Investigators determined that the hair was placed on the burger after the wrapper was removed, Causey said.

“Insurance fraud hurts consumers,” Causey said. “About 20% of your insurance premium goes to cover the cost of fraud.”

The Insurance Department also announced that two other people had been charged with insurance fraud for providing false information about vehicles.

Levi Baril, 36, of Fayetteville, was arrested after filing an insurance claim with GEICO on a Ford pickup truck he said was stolen in July. Investigators found that Baril actually traded in the truck for another vehicle in 2018, the DOI said.

In Raleigh, Malik Gerald Devone, 26, has been charged with fraud after he allegedly falsified the date of a car accident, the department said in a statement. Devone filed a claim with Discovery Insurance Co., claiming the accident happened on July 28.

Authorities determined that this happened on June 2, before Devone purchased insurance coverage on the vehicle.

The two-wheel insurance market is expected to experience explosive growth