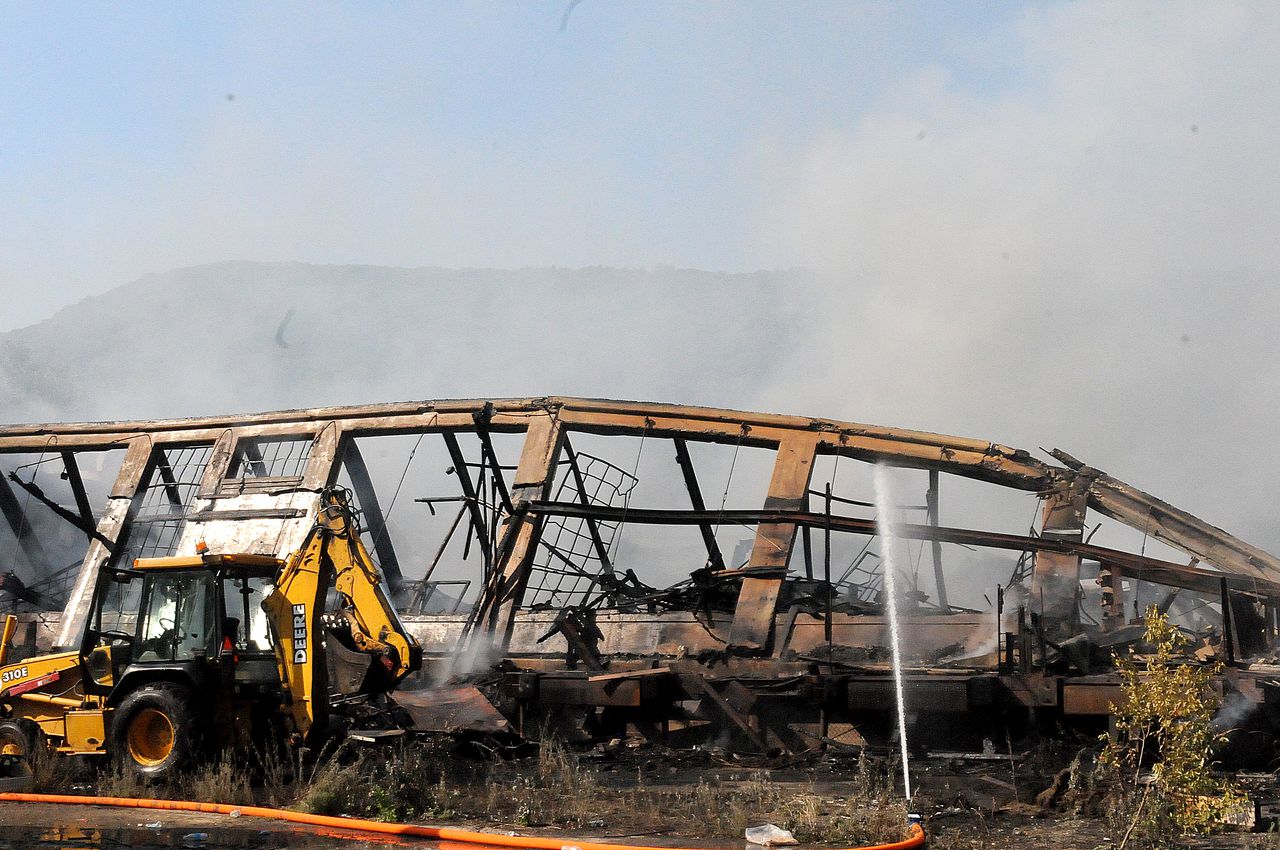 A fire destroyed factory number two at the former Strathmore paper complex on the banks of the Westfield River on Friday evening in a massive blaze that saw more than 100 firefighters on the scene at one point and drew services from all over the region.

Firefighters were called to the scene around 8:30 p.m. to find a strong flame and smoke coming from the west end of the building.

Even 12 hours after the initial alarm, flames and thick smoke rose from the central part of the building as pump trucks continued to pour water over the fire debris.

Mutual Aid from departments as far as the New York border sent tankers to help local firefighters after hydrants connected to the Russell system dried up after about two hours on the job.

The fire departments set up a sort of bucket brigade, sending tank trucks from the scene of the fire into the Woronoco section of Russell to Westfield to refuel, then back across the narrow Bailey Bridge at a lane on the Westfield River. The tankers filled two portable 2000 gallon rubberized canvas tanks from which pump trucks drew water to fight the fire.

The Bailey Bridge made it impossible to transport heavy ladder trucks across the river to the fire site due to weight limitations, forcing the smaller pump trucks to handle the response load. the fire.

A second bridge over the river has been closed to traffic for several years.

Russell Fire Chief Niles LaValley said first responders found heavy flames coming from part of the building where rolls of paper, left when the plant was operational, were stored and turned into fuel for the fire. The factory closed about twenty years ago.

Firefighters at the scene said services associated with the Hampshire and Berkshire County Fire Working Groups had dispatched trucks to assist the Russell firefighters. Units from as far away as Egremont on the New York border and Ware in northeast Hampshire County as well as departments in Hampden County have responded. LaValley said at times more than 125 firefighters were working on the blaze.

He told reporters at the time that he had no definitive plan for the complex.

Some board members said the auction took place because they did not want to live with the responsibility and risk of the mill being owned by the city.