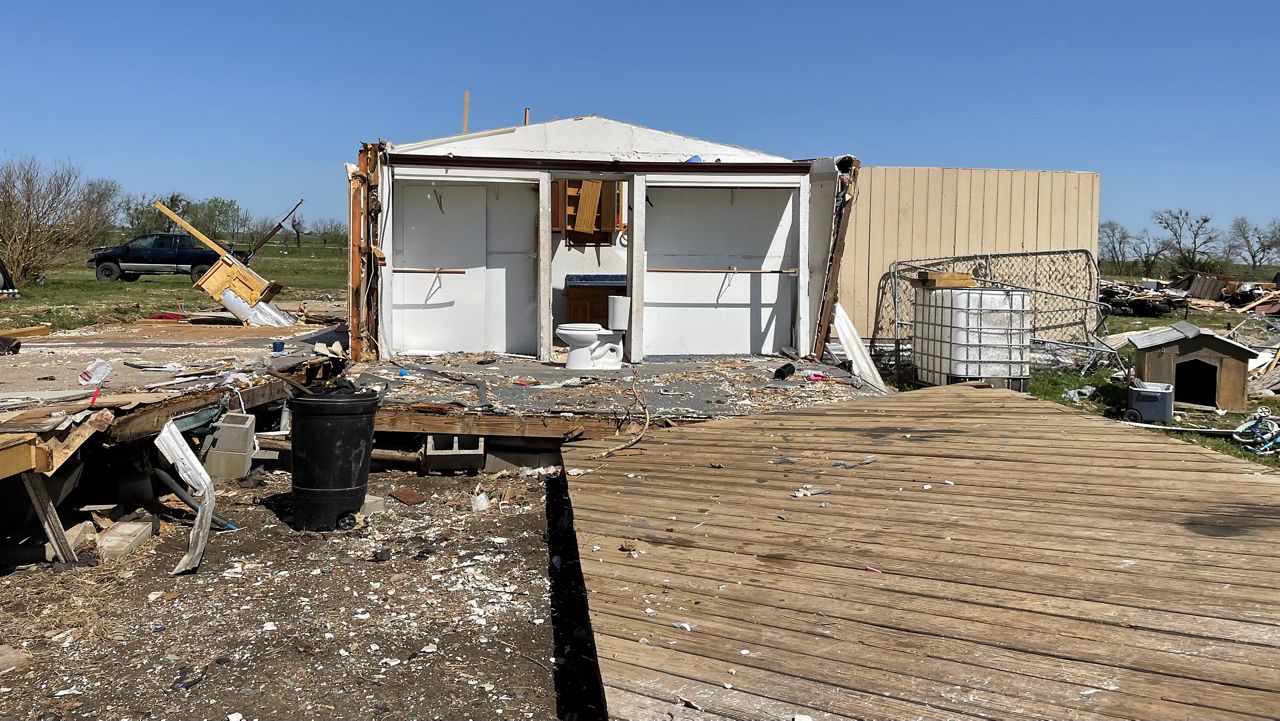 GRANGER, Texas — More than two weeks after a tornado hit Granger, a town an hour northeast of Austin, Rick Hertless is still cleaning up. He says it’s hard to focus on one thing when there’s so much destruction.

“Every time we start something, you walk away and have to do something else,” Hertless said.

An insurance adjuster recently declared the three homes on his property a total loss. The money needed for the reconstruction could take time to reach his family.

“At this point, I don’t have a deadline,” said JR Robinson, a catastrophic adjuster at Liberty Mutual and Safeco Insurance Company. “But going forward it will be better once we are able to fully assess and dissect what remains of the structures.”

Hertless says he hasn’t complained since the tornado. He says he believes in God’s plan.

“He’s in charge,” Hertless said. “He thinks I can handle that, and so I’m good with that.”

He and his son-in-law, Danny McClelland, went through piles of wood to see if there was a reusable one. Hertless said the boards are $7.40 right now and they would need a lot. They are trying to build a new bathroom with a shower and a toilet. This will be their first project since the tornado.

“My wife and I in particular aren’t used to living in total chaos, and it’s pretty total chaos right now,” Hertless said. “We will try to get some semblance of order and get back to life.”

Hertless and his wife live in an RV. Their daughter’s friend lets them borrow it until they can get back on their feet.

To make matters worse, Hertless lost his mother after the storm. She was in hospice and was sheltering with the family during the tornado.

Hertless placed his faith in God. He says he wasn’t scared to death during the storm because he knows where he’s going. For now, he will continue to be strong and clean for his family.

“Part of life so just getting up and walking again, you know? And that’s what we do. We just get up, walk again and see where it takes us,” he said.