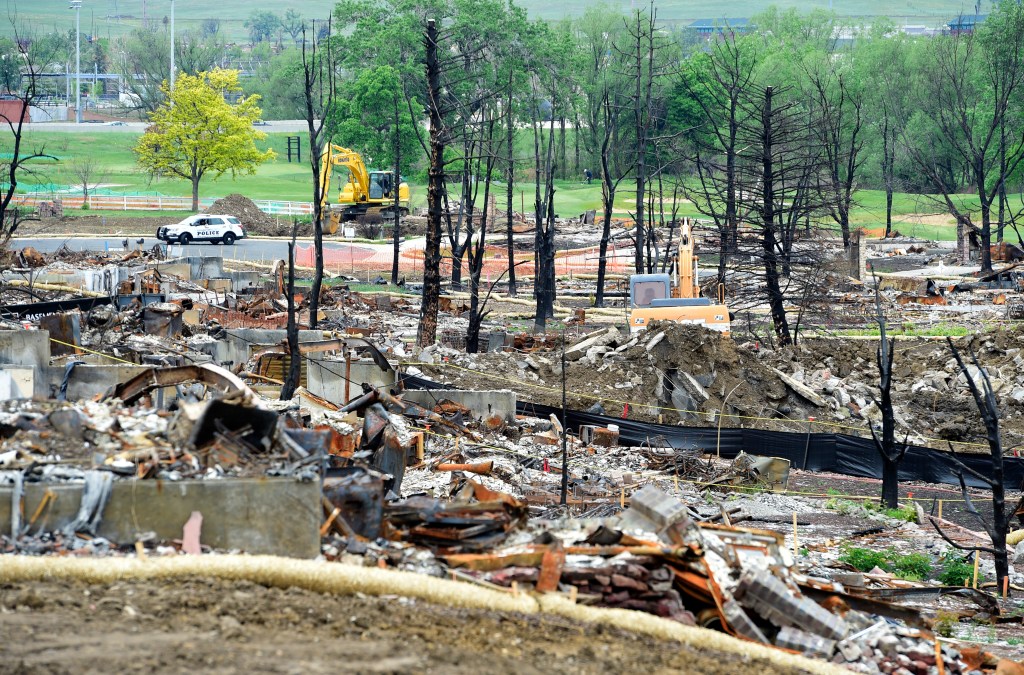 Home insurance is insufficient; violence in abortion clinics; the city is like a bad neighbor

Christine Maguire’s May 25 guest op-ed (“Insurance Takeaway for Homeowners”) did a great job of outlining the extent of the underinsurance problem that most of us have as we attempt to rebuild after losing everything in the Marshal Fire. 92% of those of us who have lost their homes are not fully insured.

In our case, our insurance company, State Farm, has:

Ignore the department of Regulatory Agencies Division of Insurance recommendations for all companies to pay all victim home policies (coverage A), including endorsements and inflation.

Ignored DORA’s recommendation that all insurance companies reimburse at least 60% of the Content (Guarantee B).

Additionally, most State Farm customers are significantly underinsured. We apparently didn’t have the best agents Christine mentions, who “make a point of getting to know you and keeping up to date with your family’s changing needs.”

In our case, we’ve insured everything including our children’s cars, life, RV and home with State Farm for over three decades. Our State Farm agent has never called us once in the 30 plus years we have spent with him reviewing our policy. Not once.

Of course, we received the form letter like everyone else, but we have full confidence that our agent and State Farm would support us. This unfortunately turned out not to be the case.

In addition, Christine mentions this: “It is the job of your agent to ensure that you are aware of the additional replacement cost coverage and the importance of this endorsement which includes the cost of reconstruction, without limit. .” In our case, our agent didn’t, and we and our neighbors suffer for it.

A word to the wise: Don’t trust your insurance agent and company to back you up. In fact, they’ll turn their back on you when you need them most.

Susan Gills: Abortion: what about the loss of life in clinics?

W. Hern wrote a letter regarding the Archbishop of Denver Aquila’s response to the vandalism at the Church of the Sacred Heart of Jesus. It refers to “continuing Christian violence against abortion…since 1977”. There was such violence, even in his clinic 34 years ago.

I have been in front of his clinic hundreds of times since 1997 with peaceful witnesses praying to change his heart and mind to turn away from the mutilation and death of the unborn child. Regarding violence, what about loss of life when staff perform abortions?

If you are unfamiliar with the Boulder Abortion Clinic, understand that it is one of the few clinics for late term abortions – babies can be between 30 and 39 weeks gestational age. We have seen women who are said to have traveled from Spain and England undergoing procedures while babies of a similar age were in neonatal intensive care units at hospitals in the region, as they can survive outside the uterus with medical care.

What is the difference? The willingness of providers to fulfill the mother’s wish to end the life of her unborn child.

Hern mentions the deaths of 12 abortion providers since 1977. According to my investigation, more than 440 American women have died of complications from legal abortions since 1977; let’s not forget over 38 million babies lost to abortion. (The number is higher due to missing five-year data and several states not reporting annually to the CDC.)

Is Hern avoiding such truth to provoke your emotional reaction to inaccurate information? Do you know that abortion until birth is the law in Colorado? Enacted April 4, 2022. Mothers can continue to have abortions on request at the Hern Clinic if Row v. Wade is canceled.

Please don’t be fooled – abortions will happen, babies will die, and Boulder will continue to be known for its late abortions. How tragic.

Isaac Stokes: Tall Grass: Boulder Is Like A Bad Neighbor

We’ve all had one: a bad neighbor.

For our family, that neighbor is the city of Boulder. For the past 10 years, we’ve watched grass and weeds grow over 12 inches high in the city medians on Pearl Street between Seventh and Third Streets. By code, weeds 12 inches tall on private property are prohibited.

The city still has an excuse and a new rotating head of the Department of Transportation. They cry poverty and indulge in all sorts of “blamestorming”. The park service keeps the grass cut, as do all the other towns in the Front Range. Why can’t Boulder?

We’re not talking about fresh flowers and landscaping, just basic maintenance…and that’s not even close. In fairness though, I’d like to acknowledge Dennis, the excellent/tireless watering technician we see frequently (oddly enough) watering the jungle bush (!). I personally cut the grass during COVID-19 because we all needed to do more.

Plus, the city probably squandered at least $500,000 on landscaping in the recent past. Probably a lot more. Witness the extremely elaborate xeric planting all around the Boulder/Boulder Creek Public Library rehabilitation and the hundreds and hundreds of plantings a few years ago on 28th Street entering Boulder. Everything is left for dead and/or overgrown with weeds.

Plant something basic like grass and cut it down. The Department of Transportation has shown zero ability to maintain the plantations… and I mean zero. I’d bet with planting and designing each of those hundreds (maybe thousands) of plants that would cost the city $50 to install.

COB – stop wasting taxpayer dollars on plantations you have no ability or foresight to maintain, stop making excuses and cut the fucking grass or “Get off my lawn”.

Experts warn driving through flooded streets could cost you dearly