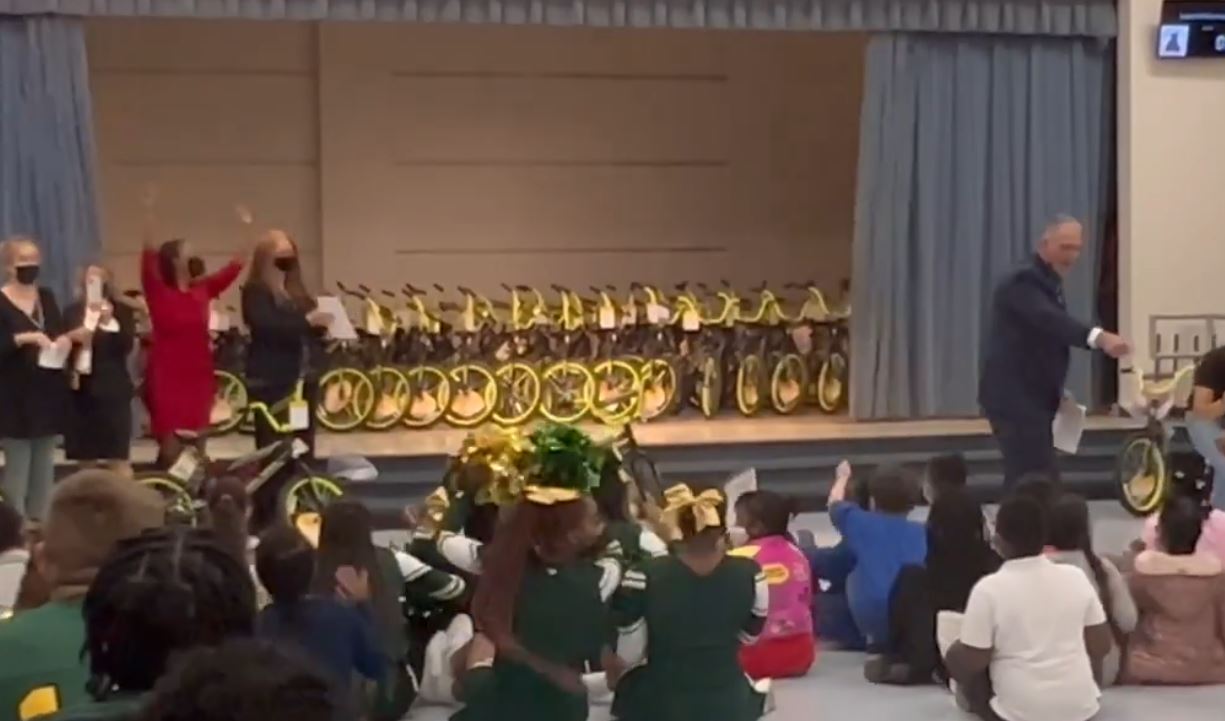 FAYETTEVILLE, NC (WNCN) – Third-grade students at WT Brown and TC Berrien Elementary were surprised on Friday with brand-new bikes from the Bikes for Kids Foundation.

Each student read the book “Think Big. Work hard. Be nice. No Apologies. », Written by the president of the foundation, Robert Krumroy. They were told that the students who wrote the top three essays would win a bike.

At a town hall, Krumroy announced the names of the three winners, Charmariaunie Williams and Dominic Gilliam of WT Brown and Mary Hollis of TC Berrien.

As a surprise, moments later, Krumroy announced that each of the 50 students would receive a bicycle and a helmet.

“In life you are given nothing,” Krumroy told the excited students. “You get these bikes because you won them.”

Bikes for Kids is a national foundation, co-founded by Meadowlark Lemon, that provides bicycles and helmets to third-grade Title 1 children as the first step in a three-year character-building program.

All the money donated to Bikes for Kids goes towards the purchase of bikes and books.

“Our whole theme is to stop generational poverty. You stop generational poverty by influencing very young children. The most influential year in a child’s life is grade three, ”Krumroy said. “A bicycle for a child who has never had one or who cannot afford one is more than a reward, it is a source of hope. It affirms in their hearts that their upbringing, coupled with hard work, really makes dreams come true and that they can control their realization.

The competition was sponsored by Bikes for Kids Foundation, Olde Fayetteville Insurance and Financial Services and American National Insurance.