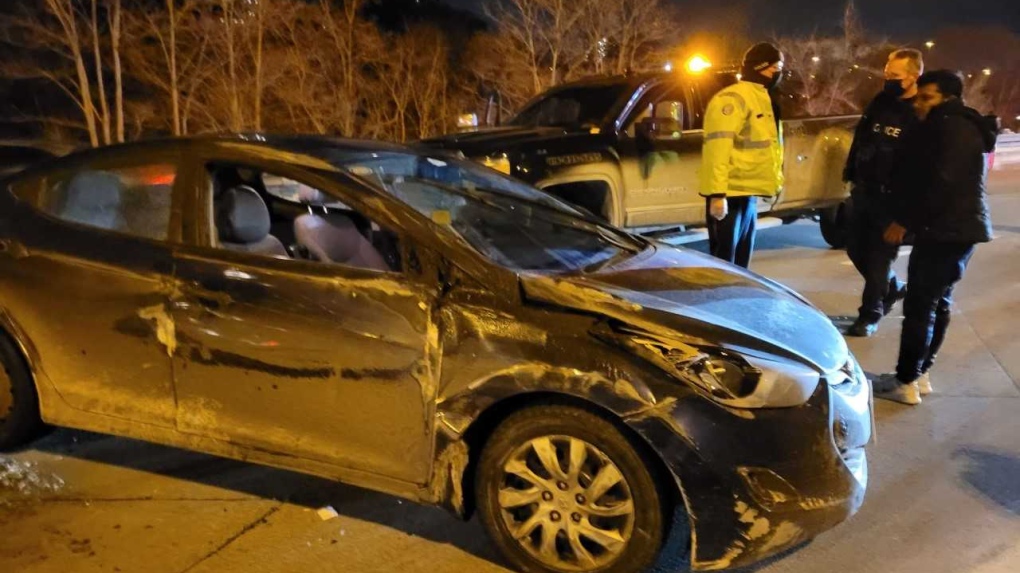 In the “gig” economy, many people use their vehicles to earn extra money and a popular way to do this is to be a food delivery driver.

A Milton, Ont., man who came from India as an international student worked occasionally for a food delivery service but was not making deliveries when a stolen car hit him earlier this year.

Vannarathu bought a 2015 Honda Accord and to earn extra money last October he started delivering food for the Skip the Dishes business.

In January, while driving home, a stolen vehicle rammed his car on Don Valley Drive and the occupants of the vehicle got out and fled.

“My car was hit on the opposite side and it couldn’t drive. The driver and the two passengers of the car who hit me fled,” Vannarathu said.

Vannarathu said he called the police and reported the accident to his insurance company. He was insured with The Co-operators Insurance Company and was asked if he had ever used his car to earn income.

“They asked if I was doing food delivery services and I said I was driving for Skip the Dishes,” Vannarathu said.

That’s when he said he was told driving for a food delivery service was a ‘significant change in risk’, and his $15,000 insurance claim was denied .

The Insurance Bureau of Canada (IBC) said anyone who uses their vehicle to deliver food should be aware that they are considered to have a vehicle for commercial use.

“If you don’t have the right coverage, it could cost you dearly,” said Anne Marie Thomas, director of consumer and industry relations at IBC. “As a delivery driver for one of the applications, the vehicle is therefore considered to be a vehicle for commercial use or a vehicle for partial commercial use.”

IBC said some delivery services like Uber Eats provide insurance coverage for its drivers during deliveries, but others do not.

On the Uber Eats website, it says drivers are covered by Economical insurance and that coverage includes protection in the event of an accident occurring between accepting a delivery and arriving at a destination. Delivery.

On the Skip the Dishes website, it says, “Requirements to be a courier are ‘reliable vehicle, valid driver’s license, vehicle insurance, vehicle registration, background check’.

When CTV News Toronto contacted Skip the Dishes, a spokesperson said, “We are unable to offer comment at this time.”

“New information has come to light as a result of our ongoing investigation into specific details unique to this crash,” a spokesperson for the insurance company said.

“Based on this new information, we are pleased to share that we have advised Mr. Vannarathu that we are able to cover all appropriate costs related to physical damage to his vehicle.”

“However, we would like to remind consumers to notify their insurer when their circumstances change, to avoid coverage issues in the event of an accident.”

This was great news for Vannarathu who will now have his $15,000 claim covered.

If you work as a food delivery driver, you may want to check coverage with your insurance and the app you work for. If you have to pay extra for trade insurance, it can cost thousands of dollars a year, which may not be worth it.