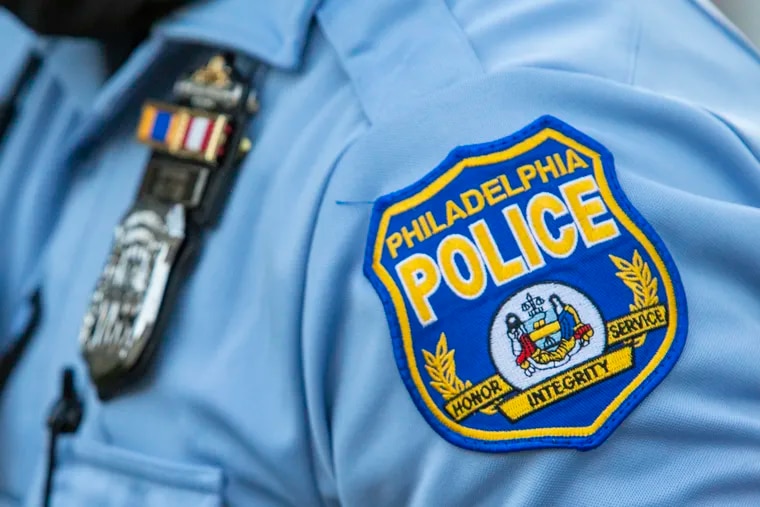 A former Philadelphia police officer was arrested on Friday for allegedly driving his pickup truck past a house last year and then filing a bogus insurance claim to try to recover money to cover the damage.

The officer, Thomas Ershaw, was employed by the department for 12 years and most recently assigned to the 35th District. A department spokesperson said Ershaw resigned in November.

The incident took place on February 2, 2021, when witnesses said they saw a blue van hit the front of a house on the 6100 block of Ridge Avenue in Roxborough. A 911 caller told authorities they also saw the truck hit a SEPTA bus.

The person whose property was struck obtained surveillance footage that showed a blue Dodge Ram traveling in the opposite direction alongside the bus, then suddenly jumping off the sidewalk and entering the driveway of a home. The driver then returned to Ridge Avenue at the front of the bus and fled, police said.

Investigators from the Department’s Office of Internal Affairs confirmed that Ershaw was the owner of the truck, and they found he had filed an insurance claim saying an ‘unknown vehicle’ struck his Dodge Ram on Feb. 4 2021 and fled the scene.

Ershaw faces charges of insurance fraud, theft by deception and accident resulting in damage to guarded property. He went to internal affairs on Friday.

His attorney and a spokesperson for Fraternal Order of Police Lodge 5 did not respond to requests for comment.

At least 57 car break-ins at Loews Vanderbilt this year