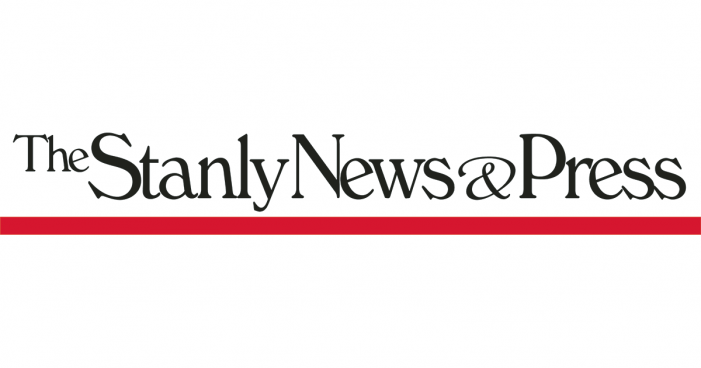 As I begin the first episode of this series, we’re only about three hours from San Diego, where we’ll turn around and head back, three of us traveling on two wheels. And, while the RV trip itself was largely uneventful, the preparations and departure were a bit, shall we say, interesting.

On Saturday, May 5, my fiancée of nearly 42 years delivered me, my bike and probably too many clothes to our RV owner’s residence in Charlotte, and after our goodbyes, I drove off in an RV Coachmen 30 feet to I-77 and US 421 to our first meeting point in Vilas, just west of Boone.

But obstacle #1 appeared in Wilkesboro, about 40 miles from Vilas, when, in an attempt to park the motorhome, I ran into a nearby car, scratching it and smashing a parking light on the motorhome.

Thank the Lord for the assurance!

After meeting two friendly Wilkesboro police officers and a very understanding Nissan owner, I hit the road again, traveling much more carefully to Mike and Marilyn Stanley’s house, where our third driver, Earl McMahon, was waiting, ready to check the vehicle and start packing.

At this point, I was lucky enough to meet Tom Holt, Mike’s neighbor, who has been traveling in an RV for eons.

He glanced at the broken traffic light and said, “I can fix that.” Then without delay he went to his shop and came back with the exact part we needed and installed it. During this time he gave us helpful advice on important RV issues such as how to empty waste tanks (release black water first, then gray water), how to properly hook up the supply, water, and waste hoses at RV parks (at older parks you may need a power adapter), and helpful (but belated) driving tips (always turn large).

By then, I had figured out the latter on my own.

The next day was all about going to church (where Mike’s son-in-law, Bradley Swift, is the pastor), finishing packing, and going to bed early in preparation for an early morning departure.

Then obstacle #2 appeared when Mike, while having supper, broke a tooth.

Luckily, Marilyn, a dental hygienist, was able to ask for a favor from a former employer, and by 10:30 p.m. Mike was back home and, although he was missing a molar, he was ready to go.

After a slightly later than expected start on Monday, we picked up our fourth cast member as we drove through Murphy where Keith Holloway, a retired teacher and college buddy of Mike’s, and more importantly, a driver of experienced bus, waited . Keith took the wheel and guided us through the Ocoee River Gorge, Chattanooga and Tullahoma, Tennessee, to Memphis as night fell.

With Earl behind the wheel for a night shift, we woke up in Sayre, Oklahoma at dawn to a landscape I had heard of but only seen in pictures.

I am a homebody. I had never been further west than San Antonio, Texas. So the flat, brush-strewn grasslands and plains amazed me. And more amazing sights awaited us as we passed through the begging of Texas (pastures, with windmills for power generation, as far as the eye could see). Crossing New Mexico, the land became rockier as we traveled west, and flat-topped mountains (mesa) were prominent to the north.

And even though the road we traveled seemed flat and straight, we were surprised to learn (from the road signs) upon entering Arizona that we were over 6,000 feet above sea level. This made the snow cover we encountered in Flagstaff less surprising. Then, after a long descent, we saw the silhouettes of cacti against the lights of Phoenix as we spent the night in a Walmart parking lot.

So here we are, on our way to California. In 1962, Lester Flatt called it the home of “swimming pools and movie stars,” but where we are right now, “rocky ground and six-dollar gas” is a more accurate description.

Thursday will be an opportunity to stretch your legs. For me, a meeting with Jeremy Ayslett, a church planter with the North American Missions Board, awaits me. Earl will get in touch with a sponsor rep, and Mike and Keith will reconfigure our storage in the RV for easy access once we start pedaling.

Next week: Tune in for a pedal-by-pedal story as the two-wheeled part of our journey begins.

Click HERE to read the first episode of this series.

Toby Thorpe is a retired parks and recreation director and freelance writer for The Stanly News & Press. He will be filing road reports for The SNAP. To donate to her fundraising effort (Annie Armstrong’s Easter Offering – North American Missions Board), visit https://www.namb.net/give or www.northalbemarle.com/ways-to -give. Also follow using #pedaling4annie.

Review: Thinking of an electric car? An e-bike may make more sense (and save you more money)