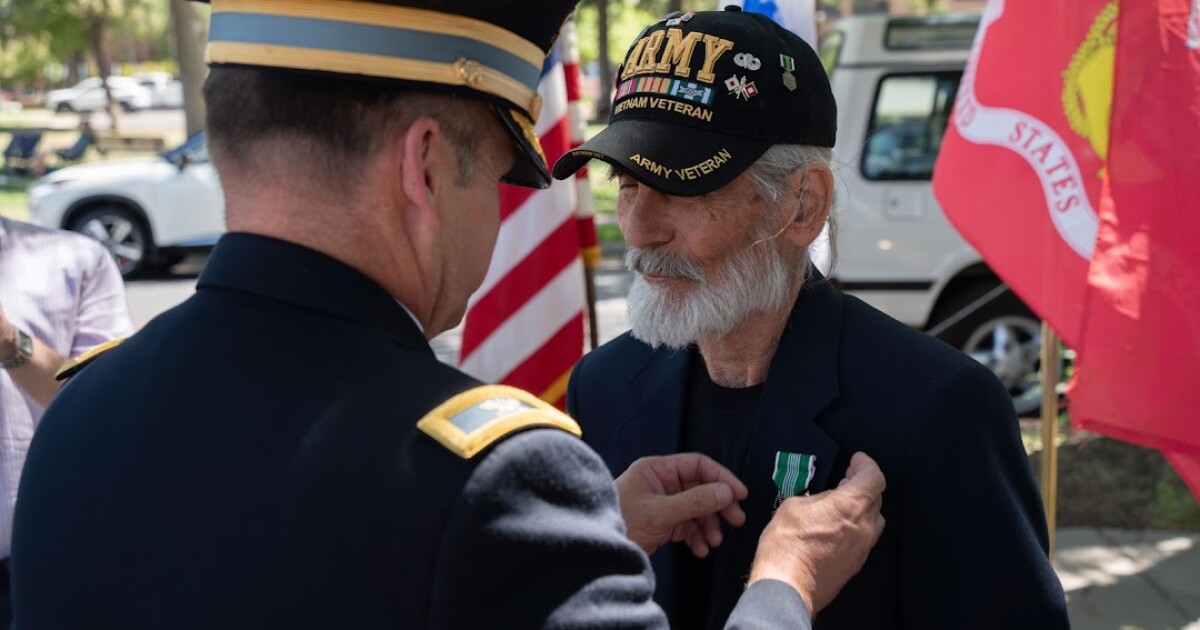 Vietnam veteran who lost medals in wildfire honored with new

FLAGSTAFF, AZ — A Vietnam veteran who lost his Army medals in a Flagstaff wildfire nearly two months ago has been honored with new medals and a uniform for his service.

ABC15 shared David Bartham’s story shortly after losing his home to the Tunnel Fire in April, and dozens of people have been named to honor him in Flagstaff this week.

Bartham was pinned with new medals and given a welcome home celebration he never received after serving in Vietnam.

The 74-year-old veteran was able to have the debris from the fire removed thanks to money raised through an online fundraiser created for him.

Bartham had no home insurance at the time because he chose to use the payments to buy a wood stove to heat the larger house.

He’s not alone in the recovery, down the road the Leazier family just got power last week and were able to plug in cable for the first time this week.

The family home was destroyed within minutes by the blaze caused by the wind, leaving Jessie Leazier, her father, aunt and son homeless. An online fundraiser helped them buy an RV, but they know they need something to protect them this winter.

Leazier said the family has insurance, but so far it’s been difficult trying to itemize every item they have for their claim.

“It was a long process,” she said.

Leazier said she lost her mother just months before the fire, which made it difficult to lose memories of the house she grew up in.

In the online fundraiser, his sister wrote: “My dad is someone who helped others and never expected anything in return and now he has lost the house he and my mum built. “

The family was spared the Shultz Pass fire, but could not save their home from the tunnel fire. “Please help me help my dad who now has to rebuild his life,” Trisha Leazier wrote.

National average gasoline price hit $5 a gallon and there’s a ‘high chance prices will rise further’, and 8 things you can do if you can’t afford your car insurance